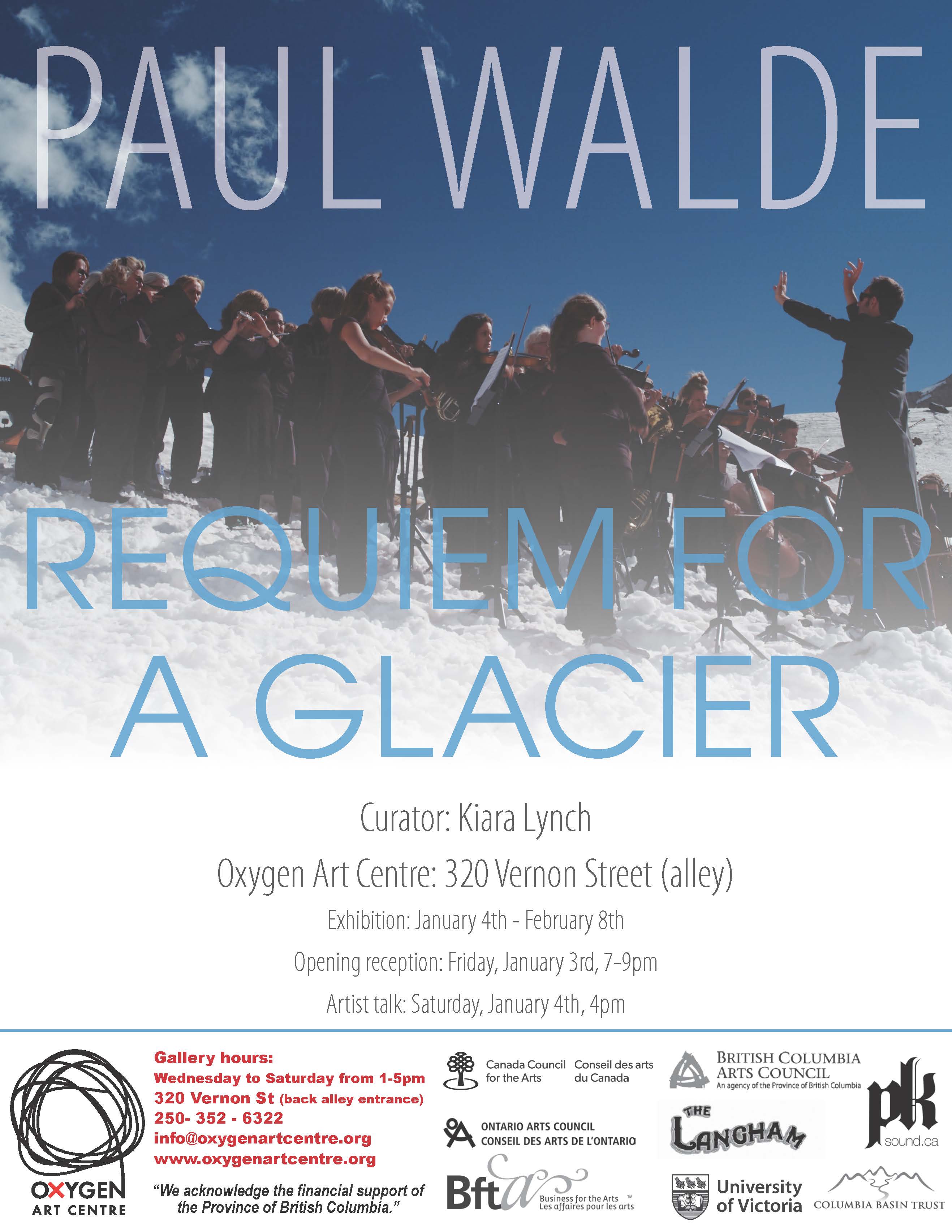 Requiem for a Glacier opens January 3rd, 2014 at the Oxygen Art Centre in Nelson, BC. The exhibition runs until February 8th. The opening is from 7-9pm on the 3rd. There will be an artist talk by Paul Walde in January 4th at 4pm.

Paul Walde’s work Interdeterminacy (for John Cage) is part of the exhibition Paradox at the Legacy Art Galleries in Victoria, BC. The exhibition opened October 31st and runs until January 11th.

On December 1st Paul Walde performed with Experimental Music Unit at the Legacy Gallery. The debut concert by the ensemble was entitled Music for Mycologists and featured a performance of Interdeterminacy as well as works by Tina Pearson, John Cage and Vaclav Halek. Works form this performance are being recorded for an upcoming release.