Video documentation of moose gnawed trees at Glen Alps in Anchorage Alaska is edited together to create a graphic notation for solo cello.
The video combines the score and the first realization of the score by cellist Alex Waterman in April 2016.

Performance notes on the score are as follows:
Each shot represents a phrase.
Camera movement represents the direction (ascending or descending) of one’s hands on the neck of the instrument. Downward camera motion equals moving higher in pitch.
Each tooth mark represents a note/event, longer marks indicate glissandos in the direction of the camera movement and are bowed continuously until the end of the mark is reached. Some tooth marks are within areas where the bark has been stripped others are cut directly through the bark. Only tooth marks should be sounded not bark stripping.
Marks in parallel should be considered polyphony.
Where there are more marks than can be played simultaneously, a playable path may be chosen, sounding as many marks as one is able.
The half-way point in the frame may be used as a rough guide as to when to sound or end a mark.
Velocity of camera movement should be observed.
Still images are sounded suddenly and abruptly.
A pan across represents minor changes in pitch rather than the typical ascending or descending phases.
The relative size of the mark indicates amplitude while the roughness or smoothness of a mark indicates its timbral texture. 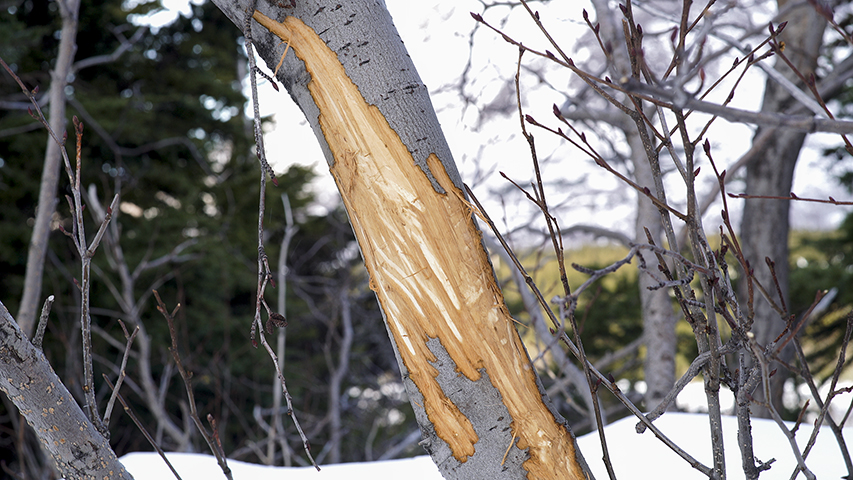 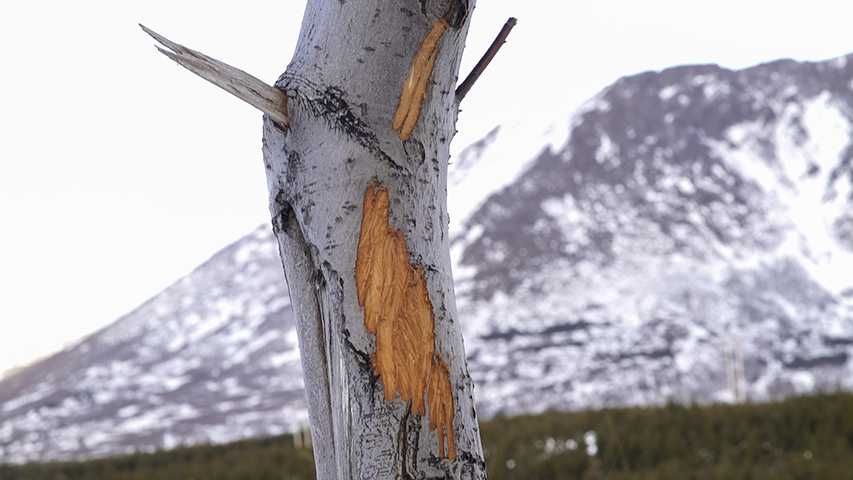 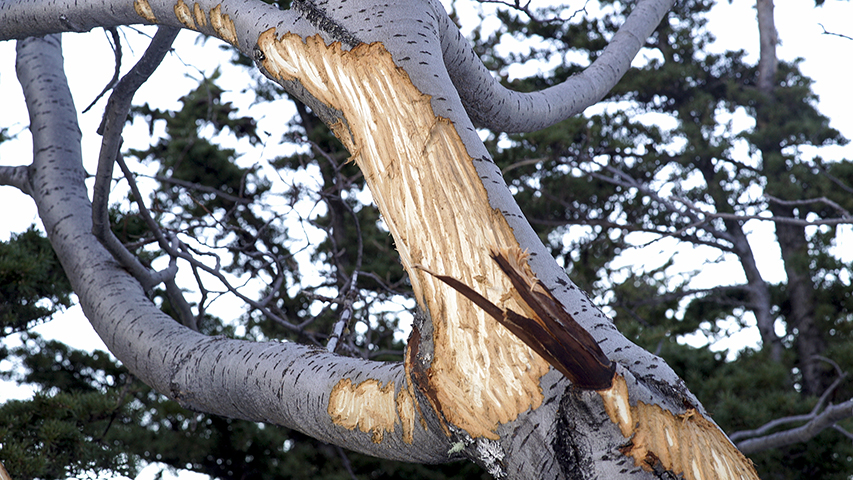