The music notation for Petula Clark’s 1964 hit single by the same title is transposed onto a map of downtown London, Ontario. Each notation denotes the location for a short field recording- the duration determined by the length of each note. The score is also used as a guide for the assembly of the 126 individual recordings into a 3:09 experimental sound piece. The Petula Clark version of the Tony Hatch composition was chosen for a number of reasons including the fact that Downtown remains in the popular imagination a document of a time when downtown urban centres offered the promise of a utopian urbanism. While listening to the carefully assembled field recordings of Audio Lodge’s work, those familiar with the original track will actually “hear” a voice resonating in their memory in real time as a subtext and point of entry into this experimental audio track. 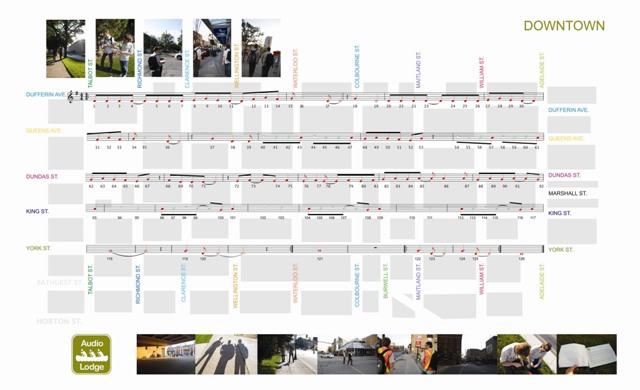 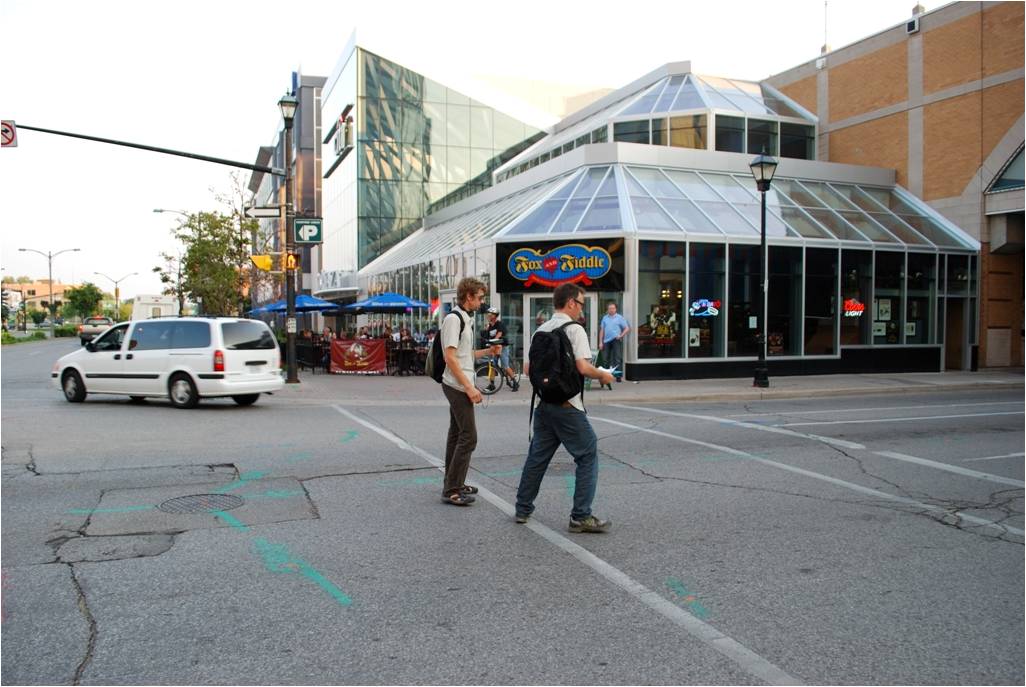