Various species of mushrooms are collected and arranged on the panels in an improvisatory manner and left for as long as a week allowing the mushroom spores to release and bond with the surface below. Each species of mushroom drops a different coloured spore and each mushroom is unique in its shape. On large scale works, various colours and textures are orchestrated into “paintings” using hundreds of mushrooms on a single work often taking years to execute. This series was originally developed between 1995- 2002 and was revived in 2018-2020. The technique of using mushroom spores to create images was also used in the graphic music notation for Interdeterminacy (for John Cage) in 2010. 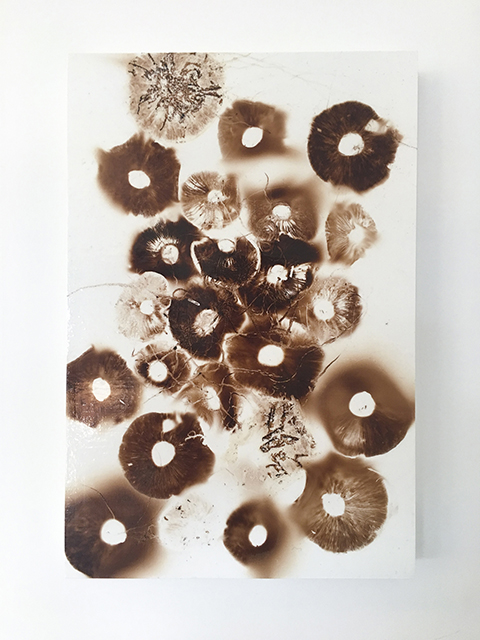 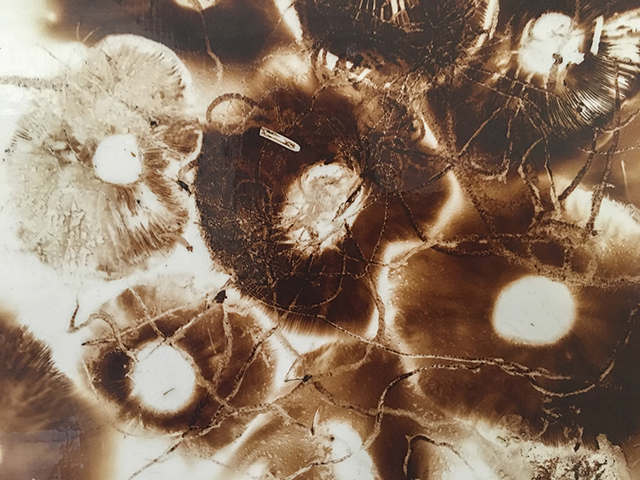 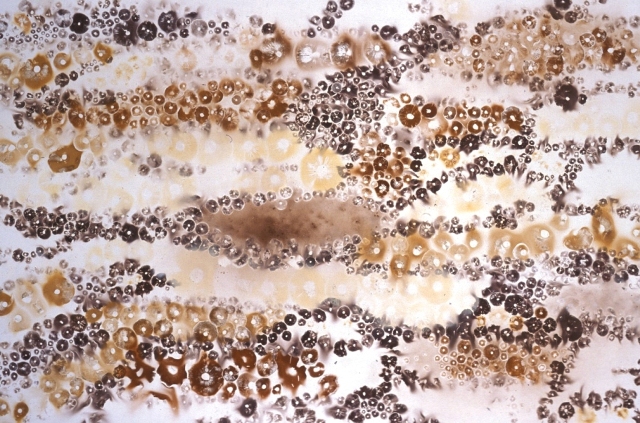 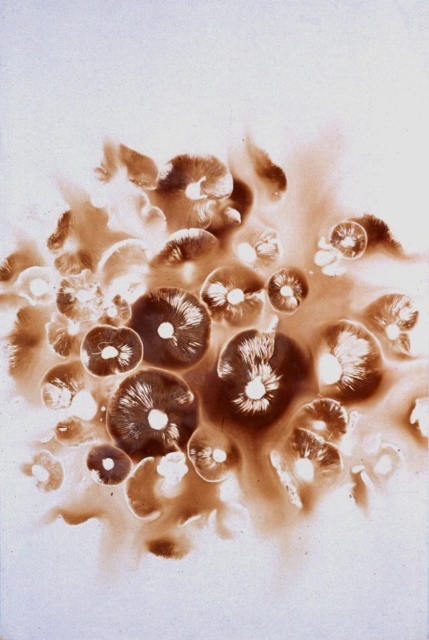 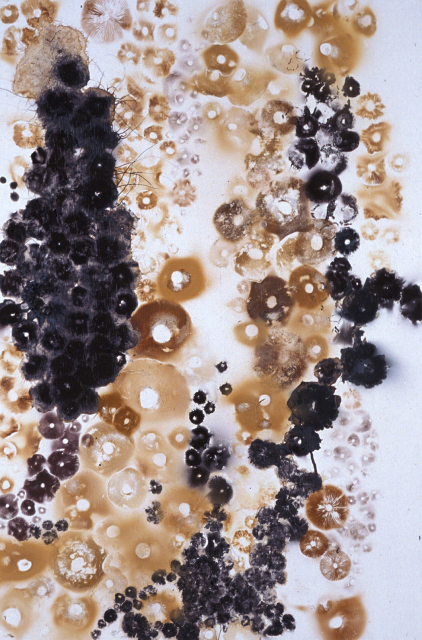 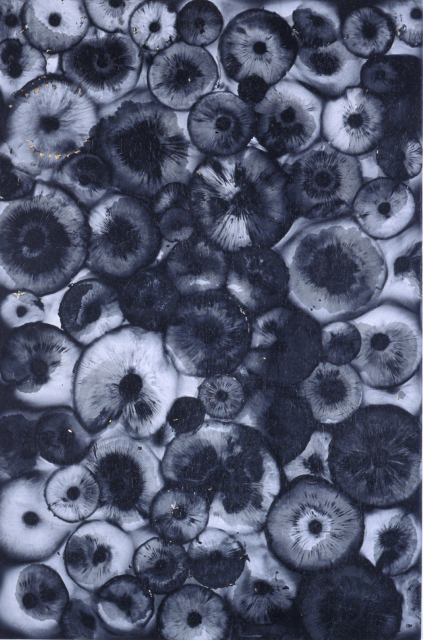