Tom Thomson Centennial Swim is an audio/video installation based in part on documentation of the site and temporally specific event. The work features footage taken from multiple points of view including underwater cameras, body-cams, mobile units from boats, drones, and stationary positions along the route, combined with shots of the lake and locations featured in Thomson’s paintings. Synchronized swimmers who signal the passage of time, provide connection between the swim and Thomson’s death through a choreographed routine that was performed at several locations along the swim route. The soundtrack features recordings of the brass ensemble from the performance, combined with additional studio recordings, as well as underwater recordings taken during the performance, binaural audio from the swimmer’s perspective, field recordings of the site, and a mysterious hydrophonic recording made at the bottom of the Canoe Lake. The duration of the piece mirrors the length of the event which was approximately 50 minutes.

This work is supported through grants from the Canada Council for the Arts and the British Columbia Arts Council. 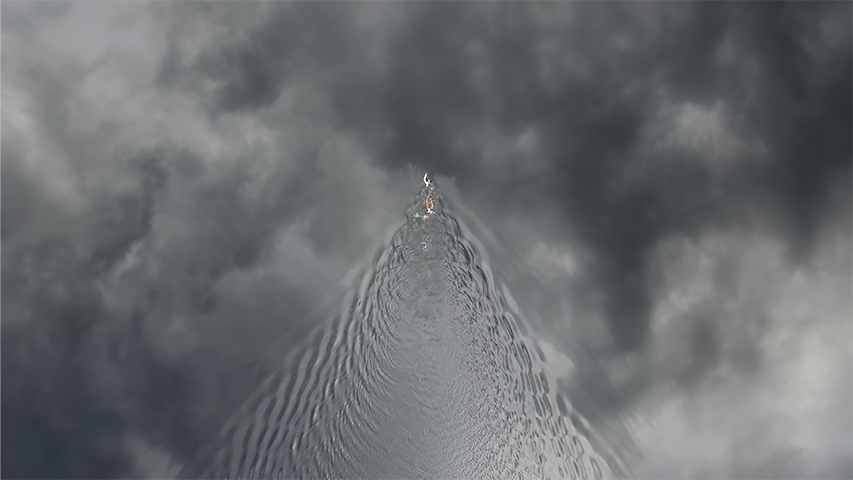 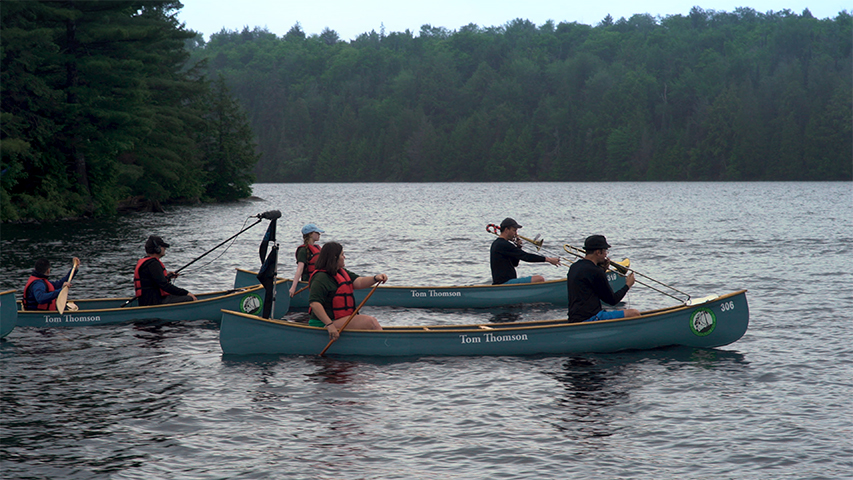 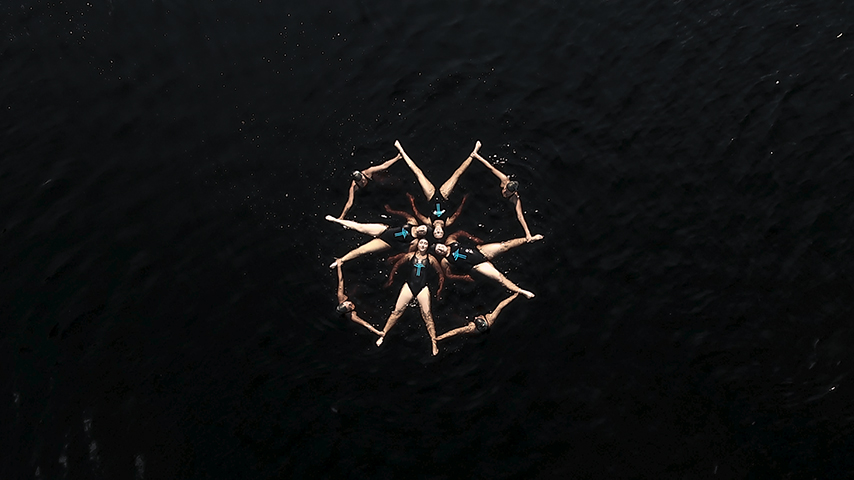 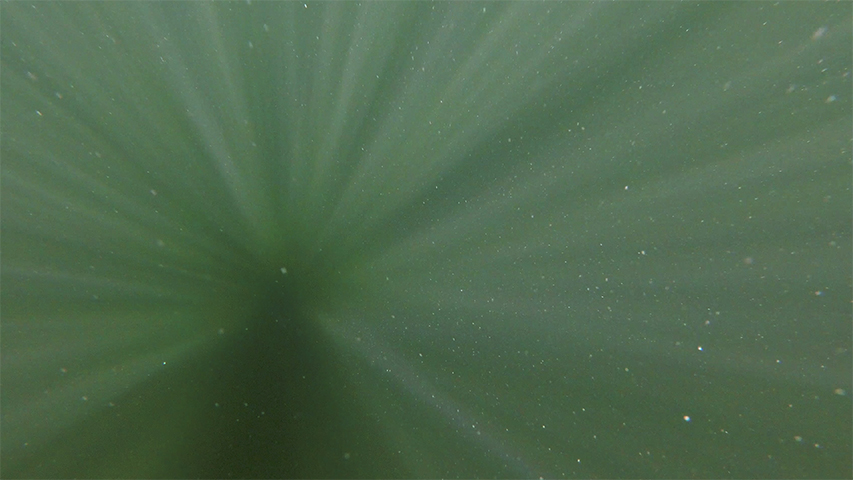 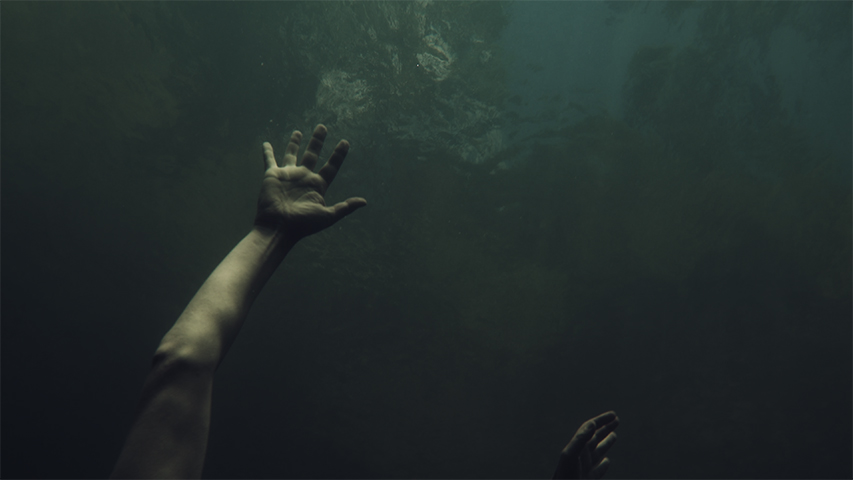 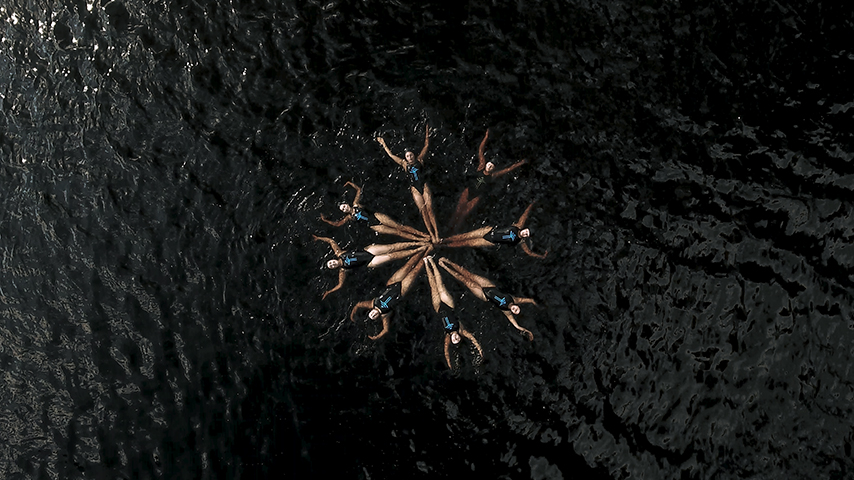 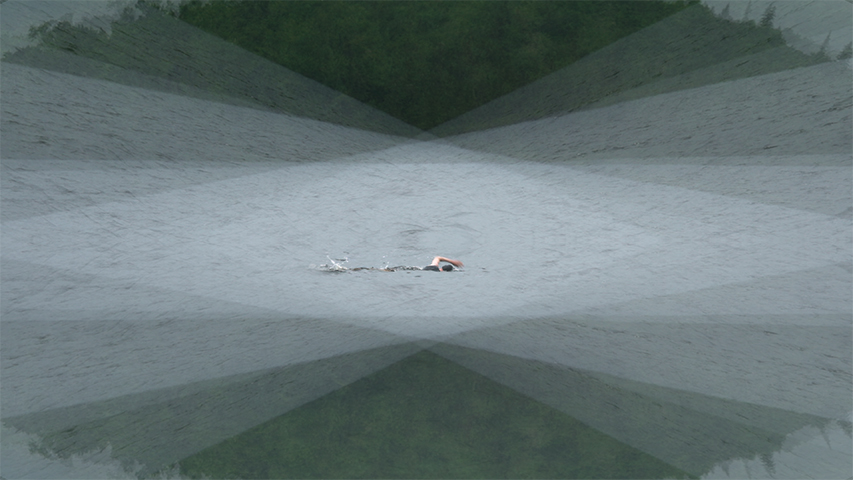 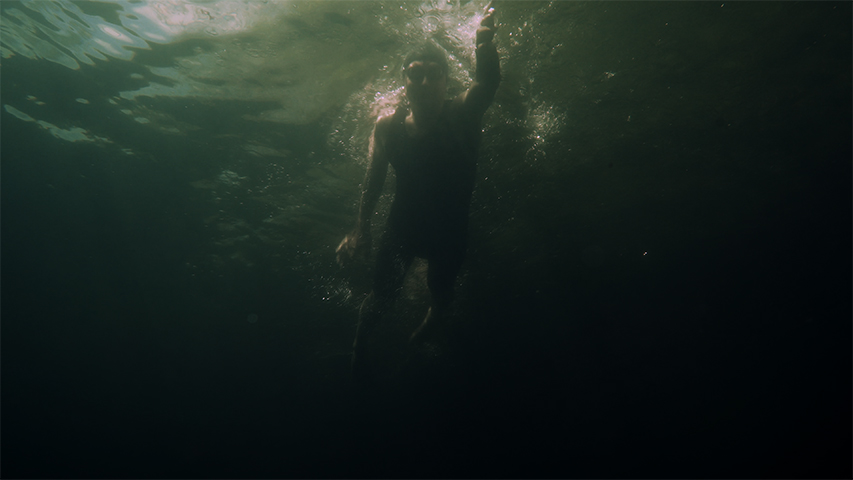 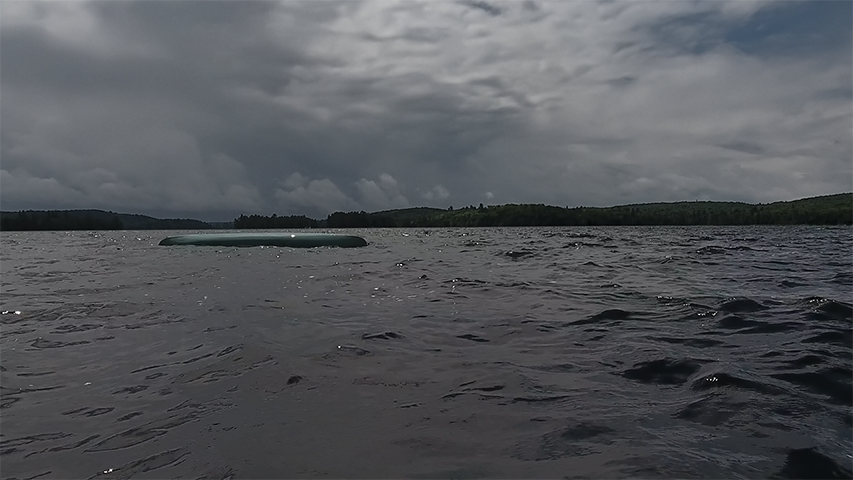 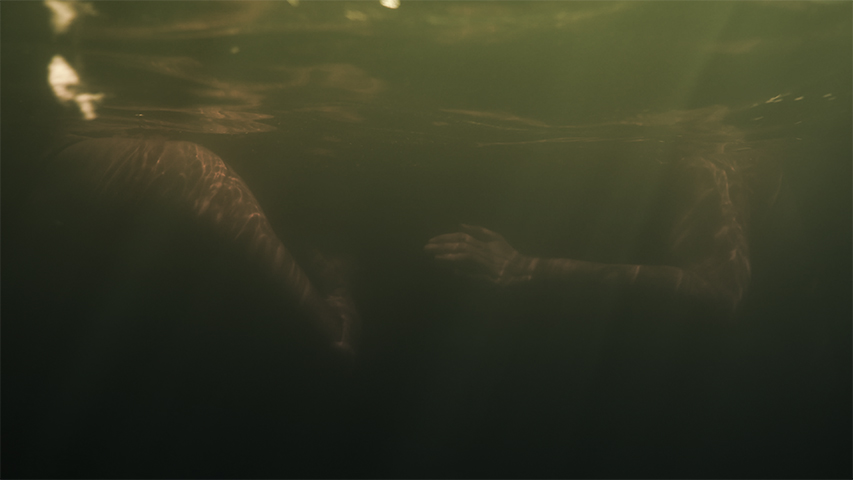 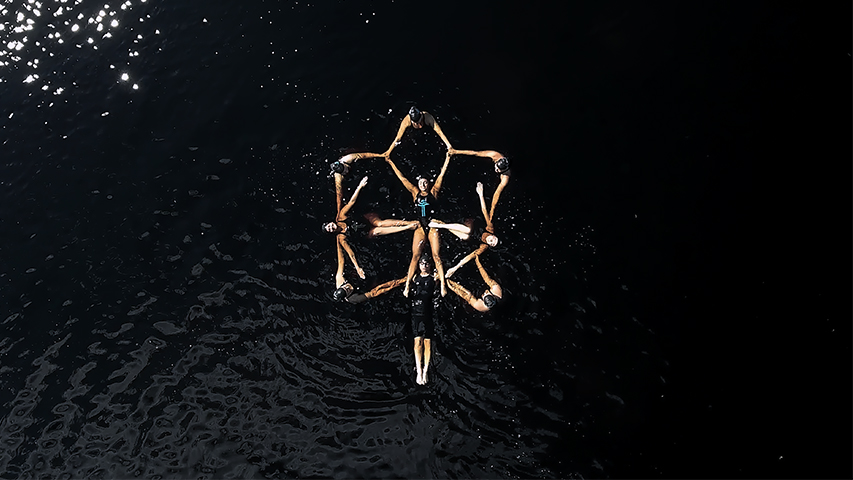 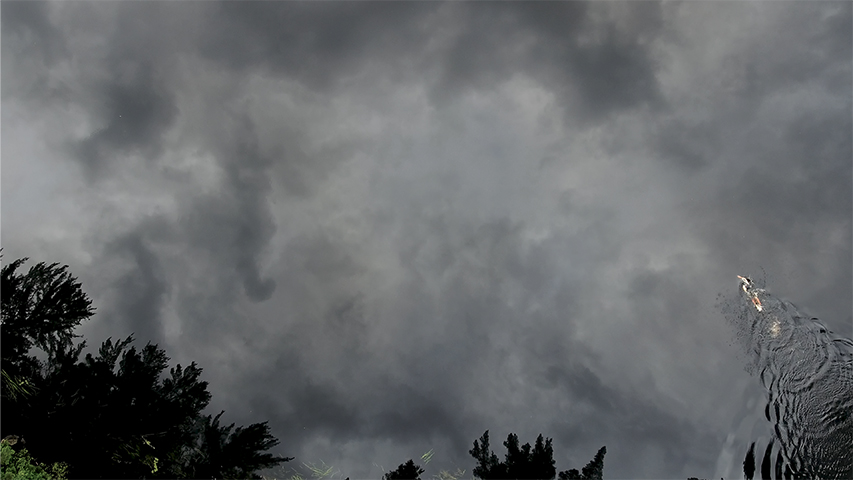 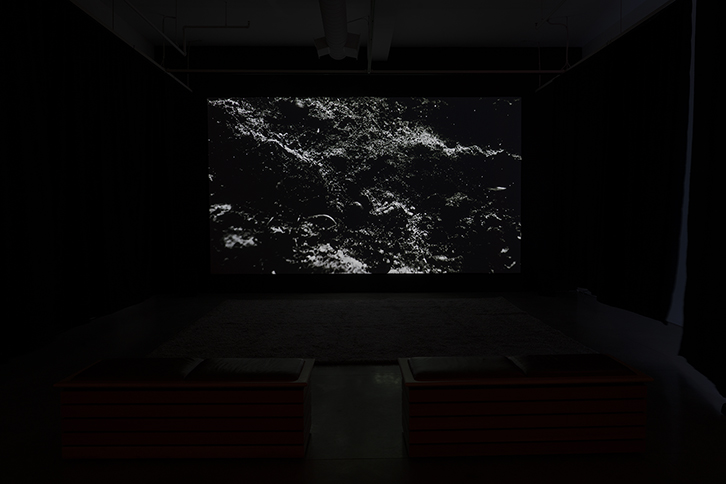 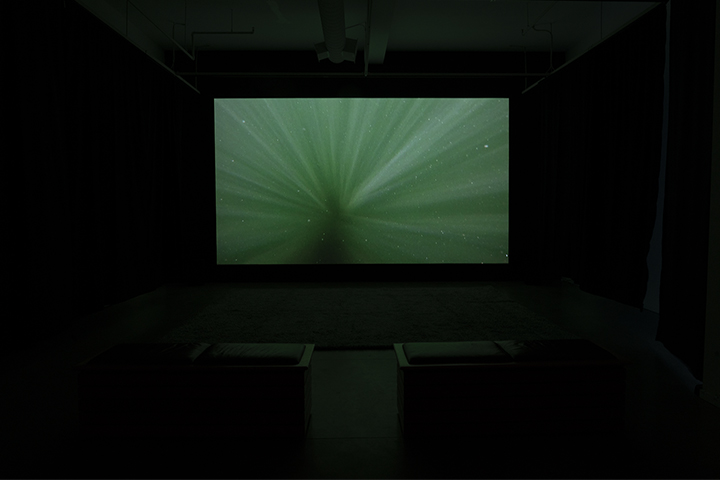 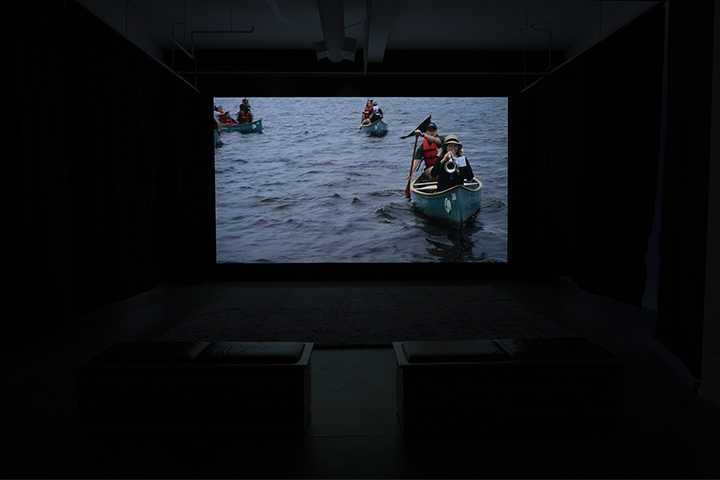 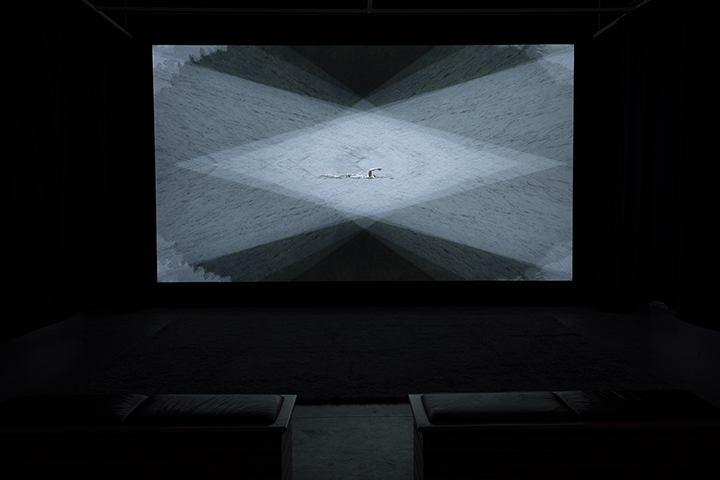 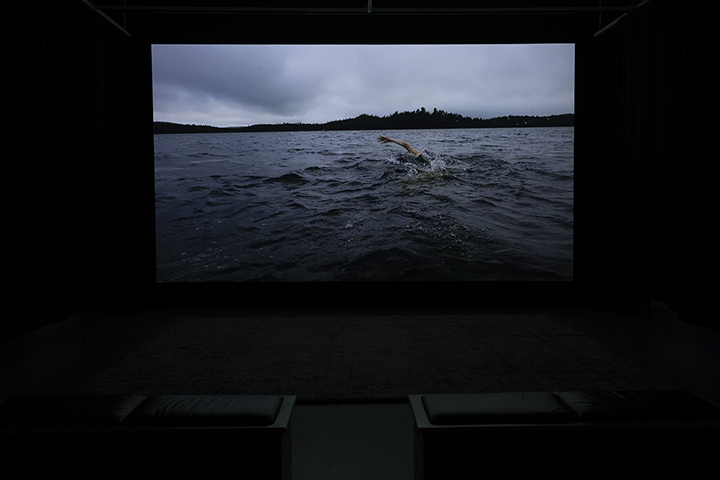